This report contains the results of a deep-dive investigation into the adoption of various products and practices for improving freight efficiency among 20 major North American fleets. This is the seventh annual update of the 2012 inaugural study that has been described as an important read for anyone working in this area.  “I look forward to this report and read it each year within days of it being published.  It is important to Schneider’s efforts and it can be a critical resource to any fleet or owner/operator as well as manufacturers and others who are working to improve Class 8 efficiency,” offers Rob Reich, Senior Vice President, Equipment, Maintenance & Driver Development, Schneider, Inc.  And, each year the report has been published, it has been NACFE’s most downloaded report. The findings of this report should prove invaluable to efforts both to improve the fuel economy of a fleet and to develop and deliver fuel efficiency products to the marketplace. 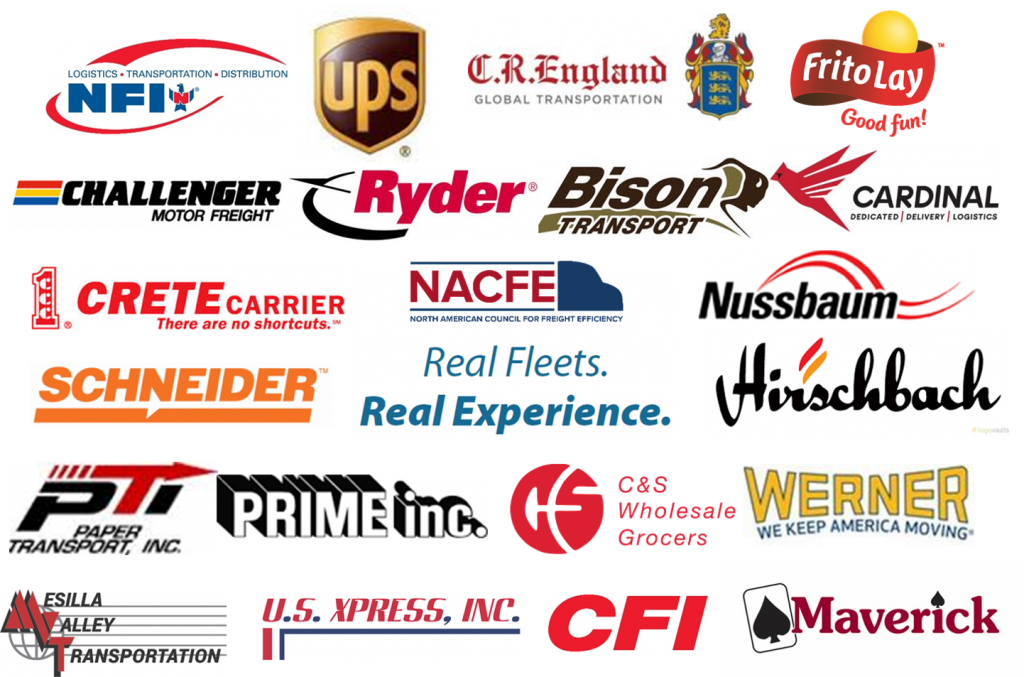 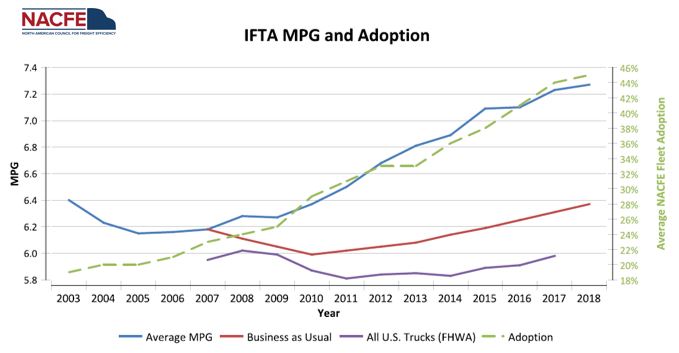 NACFE released its first Fleet Fuel Study in February 19, 2012. The study analyzed the adoption of 60 fuel economy technologies being used by eight fleets. This inaugural study was called, “The most comprehensive study of Class 8 fuel efficiency adoption ever conducted” (Truck News, 2012). The fleets shared their equipment specifications and fuel efficiency from 2003 to 2011. The fleets were selected due to their investigation into the technologies and data driven decision making. The report studied 60 technologies, shared nine interesting technology findings and eight best practices in fuel management. The main conclusion was that the eight fleets averaged a five-year savings in fuel versus business as usual of $22,000 per truck.

On March 10, 2013, NACFE released the second study adding two additional fleets and updating the data to include technology adoption and fuel economy for 2012. There was a big jump in the overall savings to $5,700 per year per truck.

The third annual report was published on August 31, 2014. With fuel prices per gallon remaining high and adoption of technologies and focus on fuel economy a priority at the fleets the annual savings compared to the business as usual grew to $7,200, $36,000 over five years. NACFE was also able to report “average truck fuel economy data” of less than 6 MPG, available via the US Federal Highway Administration for the first time.

On May 6th, 2015 with the fourth Annual Fleet Fuel Study, 13 fleets saved $477 million in fuel expenses in 2014 alone by investing in efficiency technologies and that they hoped that “these savings will grow as other fleets learn from their leadership.” Highlights reported in this study included; a huge increase in the use of automated transmissions, increased availability of aerodynamics on compressed natural gas trucks and a growing industry interest in optimizing engine parameters. By this report, NACFE had published Confidence Reports on six technologies helping fleets understand the benefits, consequences and best practices of technology adoption.

By 2015, the cost of fuel per gallon had decreased substantially, but the 15 fleets in the study continued to improve the freight efficiency with a 3% year-over-year increase in their average fuel efficiency. The 2016 report, published on August 31, 2016 included 13 years of data from 2003 through 2015. The number of technologies available in the study increased to 67, and for the first time NACFE laid out the recently released Greenhouse Gas Phase 2 EPA and NHTSA assumptions on the technologies that would be used for Class 8 over-the-road equipment through 2027. The AFFS included 30-year adoption curves given these fleets adoption and the EPA NHTSA assumed levels over time. Study insights included findings on dissimilar adoption of idle reduction solutions by fleets, tech adoption given the GHGp2 rule and miles driven annually for sleepers and daycabs. It was also the first year NACFE reported two technology adoption rates —one using each fleet’s decision equally and another considering the purchase levels of each fleet. This allowed for understanding which technologies might be more popular with the larger or smaller carriers.

With the sixth report, published on August 22, 2017, the full effect of three years of lower fuel price per gallon seemed to be a part of the lowest year-over-year gain in the studies of 1%. The level of new model year fuel efficiency remained substantially above that just a few years ago with some fleets stating a 40% improvement. These levels will continue to pull up the average. Many new technologies were added to the study bringing the total number of technologies to 85 and the total fleet count to 19. Various reasons caused the lower improvement in efficiency that included faster vehicle speeds, less focus by fleets, as other issues such as driver retention and attraction dominated, some challenge with technology adoption, etc.