North American Council for Freight Efficiency | Electric Trucks Have Arrived: The Use Case For Terminal Tractors

Electric Trucks Have Arrived: The Use Case For Terminal Tractors

The Run on Less – Electric demonstration focused on the terminal tractor segment of the trucking industry in addition to vans and step vans, medium-duty box trucks and heavy-duty regional haul tractors.

The three fleet-OEM pairs in the terminal tractor market segment were:

Executive Summary: The Use Case for Terminal Tractors

Electric Trucks Have Arrived: The Use Case for Terminal Tractors

This report’s conclusions were generated through the data collection and calculations from the three terminal tractors that participated in Run on Less – Electric, interviews conducted with representatives from the participating fleets and tractor builders and input from other industry experts. Of these three vehicles, two were instrumented with a Geotab telematics device, and one had its data collected via the manufacturer’s own telematics device. The telematics devices tracked daily range, speed profiles, state of charge, charging events, amount of regenerative braking energy recovery, weather and number of deliveries.

Run on Less – Electric demonstrated that in the terminal tractor market segment the technology is mature enough for fleets to be making investments in production battery electric terminal tractors.

NACFE learned a number of lessons during the three weeks of the Run specific to terminal tractors. 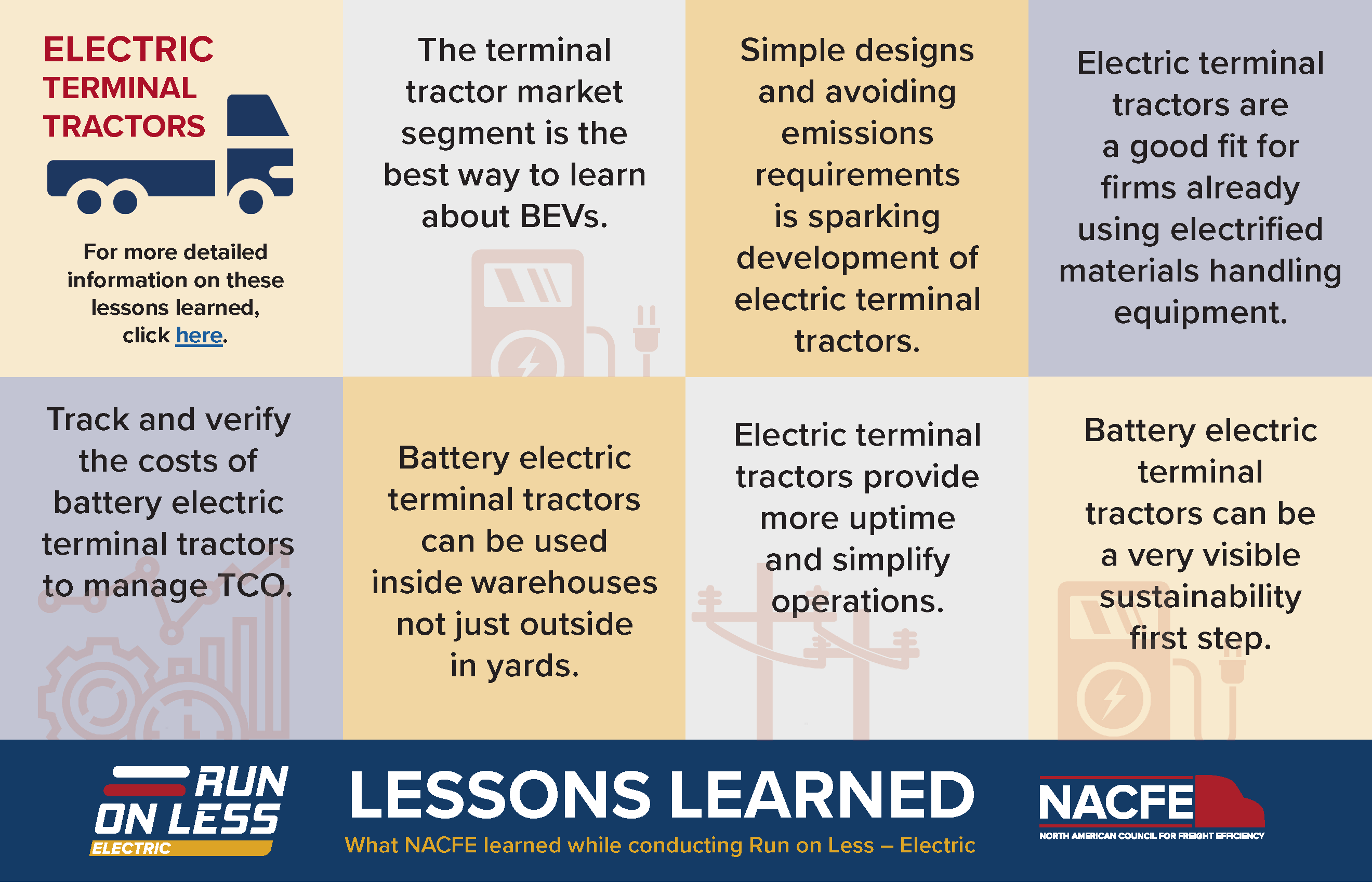 Based on the duty cycle and frequency of intermittent charging, fleets may be able to reduce the battery pack size, which will lower the overall cost of the vehicle without sacrificing performance.

If 100% of the terminal tractors in the US and Canada were electrified, it would require approximately 726 gWh of electricity for charging and result in the avoidance of 929,687 MT CO2e annually. (e equals carbon dioxide equivalent.) 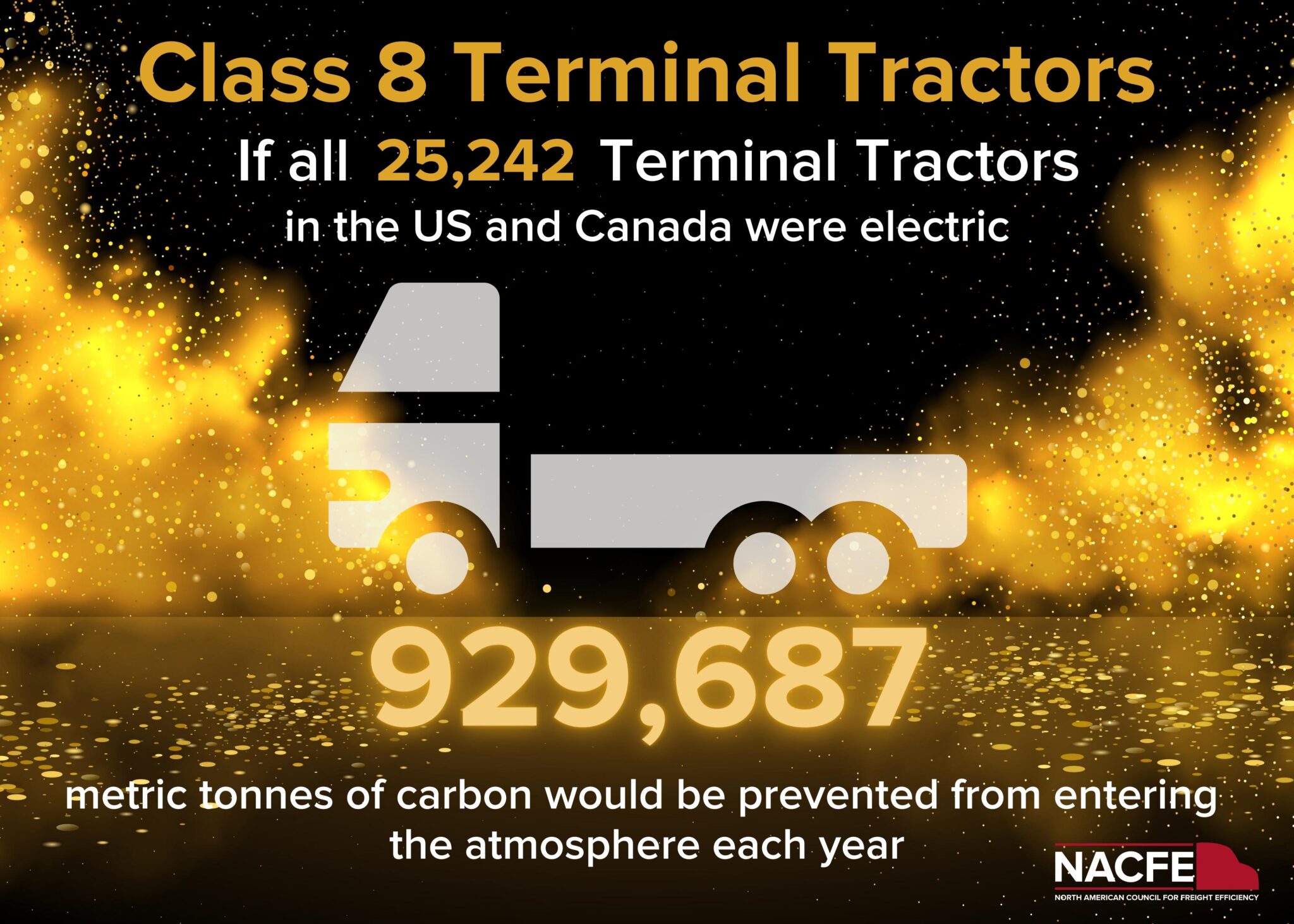 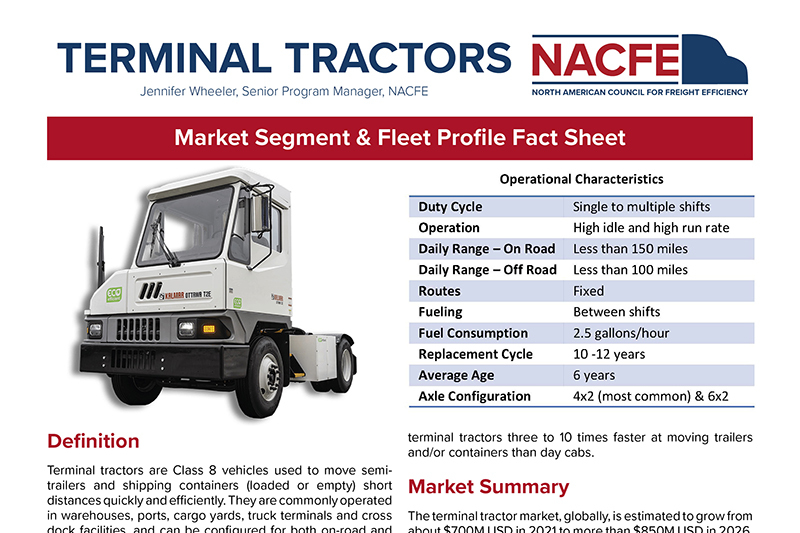