Traditional air compressors for brakes turn constantly and pump air when necessary. The air pressure is monitored and controlled typically by a governor valve that maintains the pressure between two set limits. The upper pressure is normally termed the “cut-out” pressure and the lower pressure limit is called the “cut-in” pressure, typically set at 130 psi and 110 psi respectively. The ratio of time at cut-out to cut-in is called the duty cycle, and this can vary between 10–30% depending on the type of operation and the amount of air the system consumes.

​It is important to note that air compressors typically consume 0.25–0.8% of the truck’s fuel to perform their function, so any fuel economy gains from new technology will be modest.

What Others Are Saying

​The study team developed a Confidence Matrix, an OEM Availability Matrix and an Engine-driven Accessories Power Use Chart to assist fleets. The Confidence Matrix is designed to inform fleets of the study team’s confidence in the technology being studied vs. the payback the fleet should expect to receive from the technology. Technologies in the top right of the matrix have a short payback, usually thanks to their low upfront cost, and moreover are found to have enough performance data that fleets can be highly confident in those short payback times, usually because the technology is more mature or otherwise has a more substantial track record of results. The OEM Availability Matrix shows the current availability (as of March 2017) of these engine-driven accessories at the various truck builders. The Engine-driven Accessories Power Use Chart shows the various places the energy from fuel is used in a Class 8 truck. 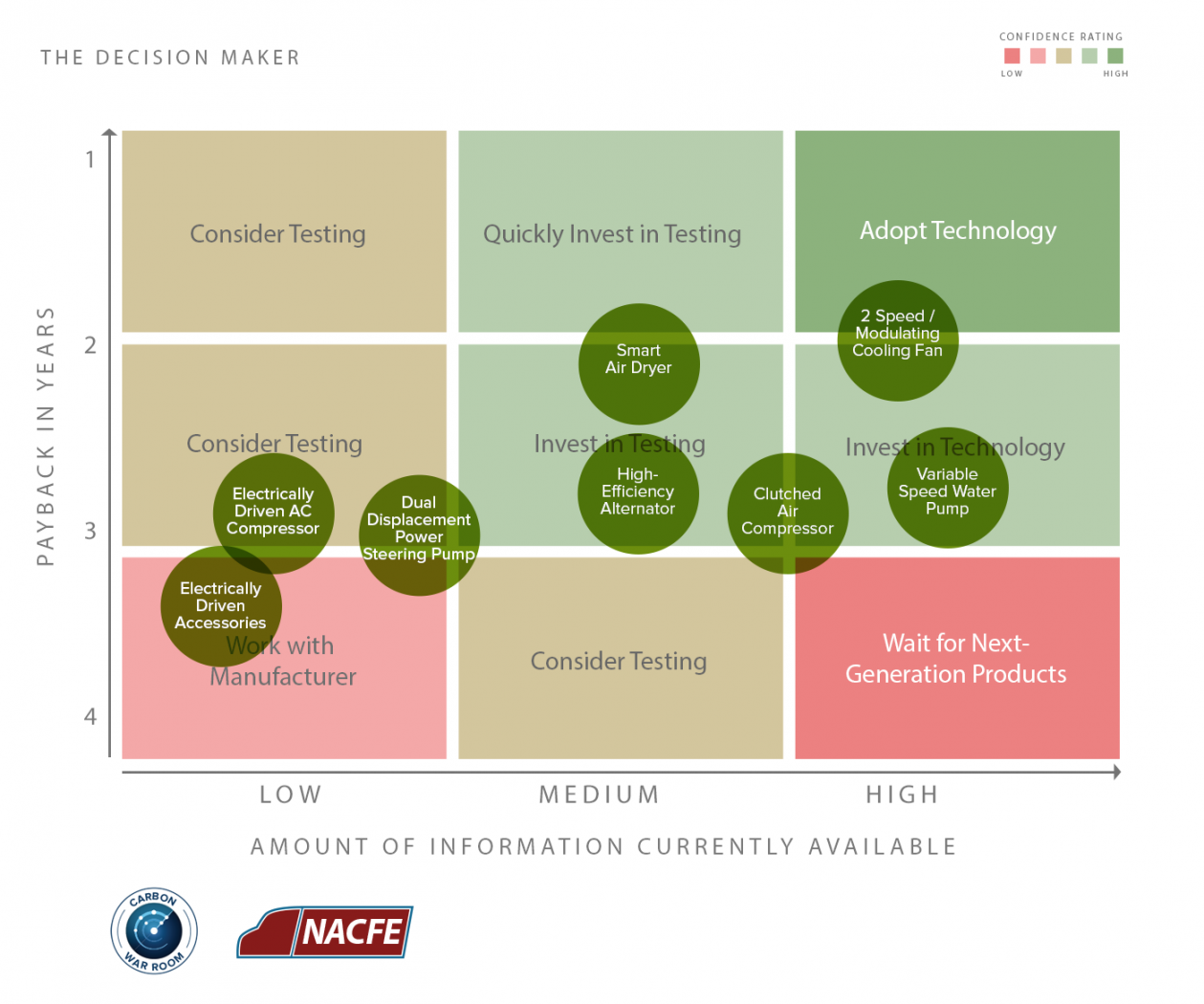 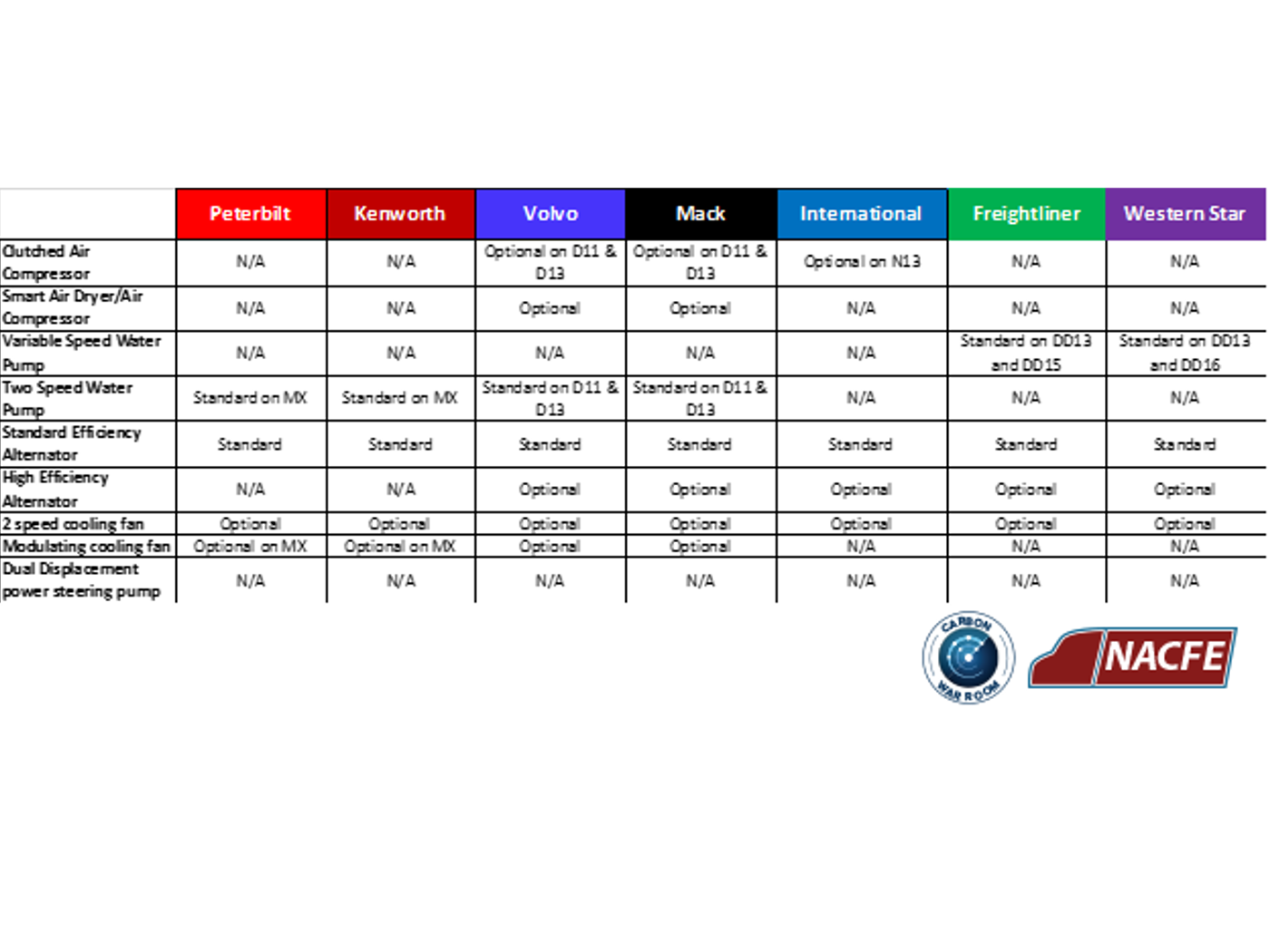 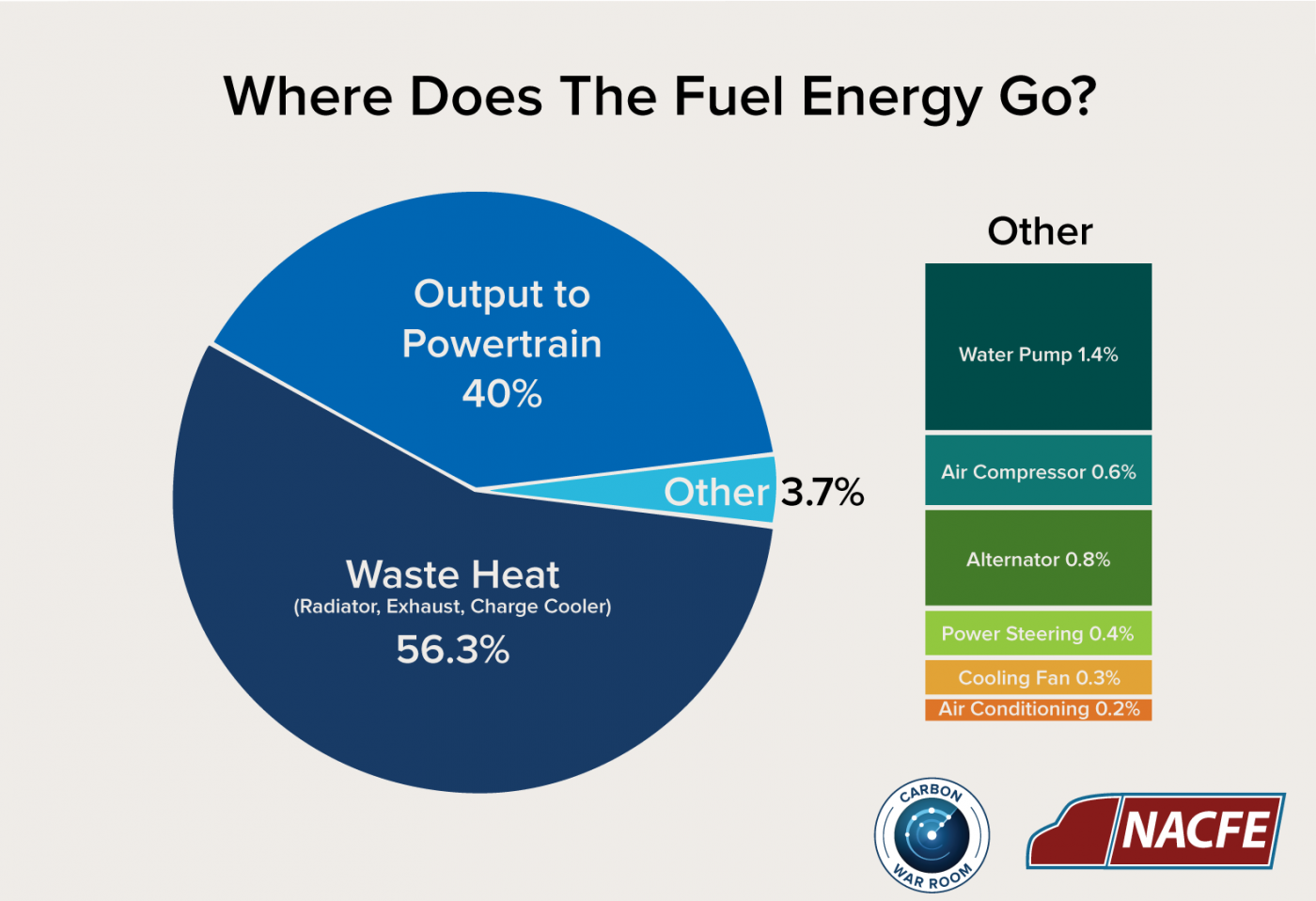