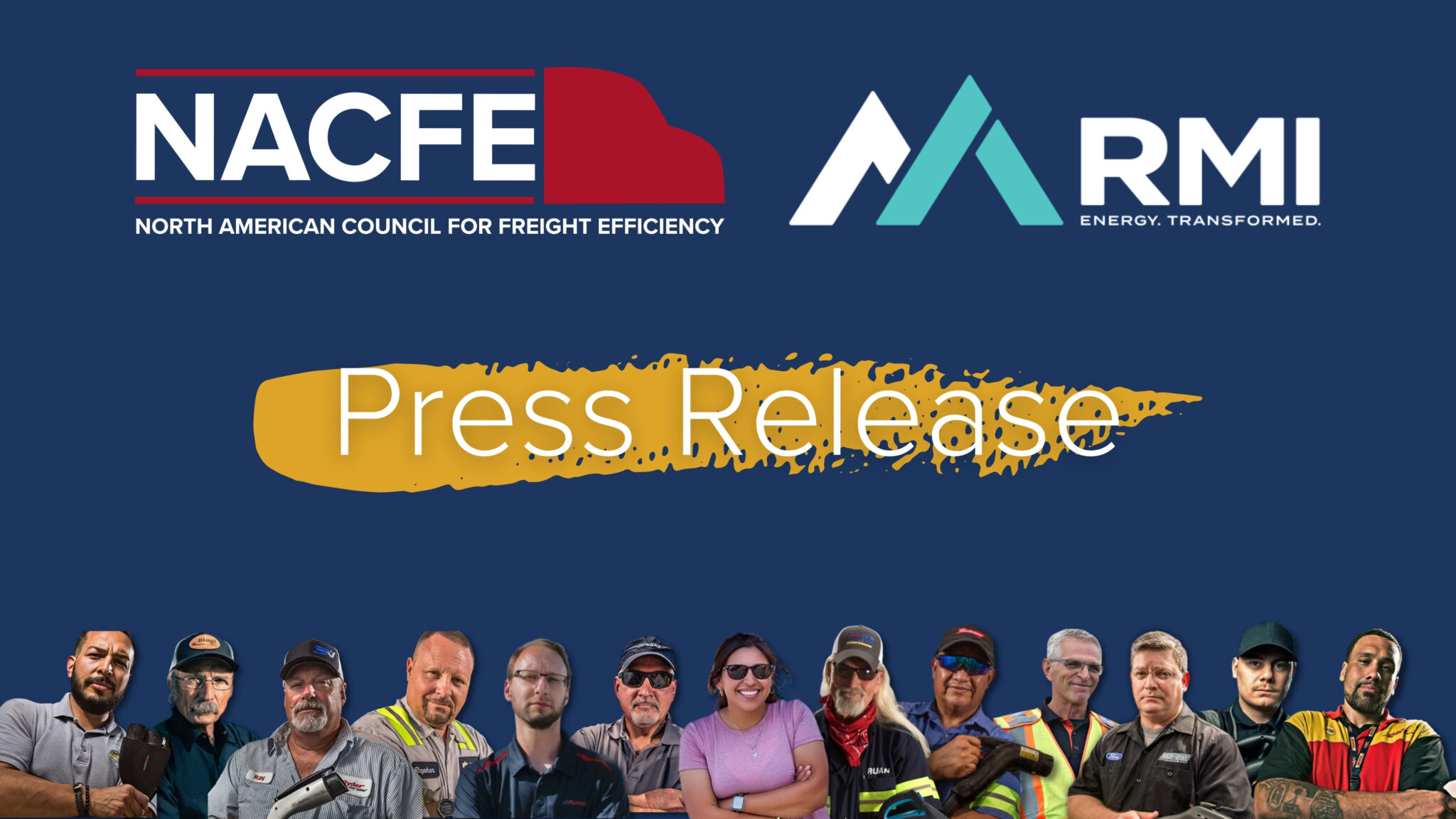 More than Half of American Commercial Vehicles Are Electrifiable Today 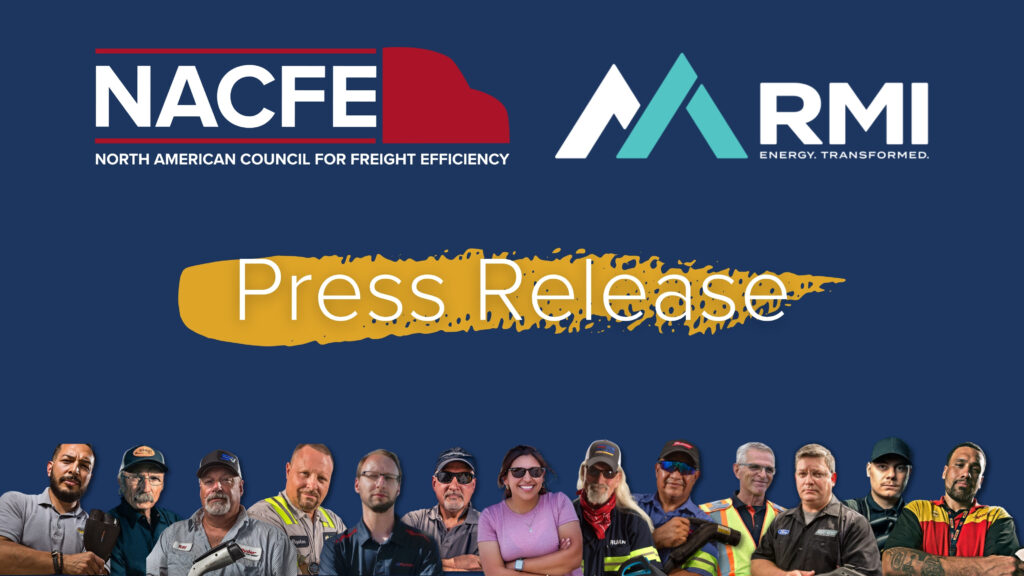 More than Half of American Commercial Vehicles Are Electrifiable Today

Electrifying vans and step vans in Canada and the US would save nearly 5 billion gallons of gasoline each year and avoid 43.5 million tons of CO2 emissions a year.

Fort Wayne, Indiana — April 12, 2022 —The North American Council for Freight Efficiency (NACFE) and RMI‘s latest research shows that vans and step vans in the US and Canada are 100% electrifiable today. The report Electric Trucks Have Arrived: The Use Case for Vans and Step Vans released today calculates that electrifying vans and step vans would avoid about 43.5 million tons of CO2e emissions annually, equivalent to removing nearly 5 billion gallons of gasoline from our economy per year. Vans and step vans, most easily recognizable as package delivery vehicles, constitute about half of all registered commercial vehicles in North America.

In a volatile energy market, these findings are even more compelling. Shifting to electric package delivery vehicles is not only feasible and beneficial for climate action but will also make a significant impact on decreasing our dependence on foreign oil. Electricity, especially in the context of other fuel types, is less volatile and less expensive than gasoline.

“As recently as five years ago, I would have questioned the feasibility of electrifying North American van and step van fleets,” said Mike Roeth, NACFE’s executive director. “The transition to cost parity happened quicker than most of us expected, and I’m as surprised as many to announce today that the electric market has arrived.”

“We should jump on this opportunity to electrify delivery vehicles, which will save money and significantly reduce emissions while advancing decisive climate action,” said Jules Kortenhorst, CEO of RMI. “Transportation is the largest emitting sector in the United States and as we saw verified in the recent IPCC [Intergovernmental Panel on Climate Change] report, decarbonizing it is a very cost-effective path toward mitigating climate impacts. This sector is a key early opportunity.”

E-commerce is creating significant growth in the trucking sector this decade. The case for electrification includes cost analysis of the vehicles themselves, energy usage, maintenance and sustainability metrics. Moreover, NACFE’s market research and analysis found that switching to electric commercial vehicles would have benefits for the health, safety and productivity of their drivers.

“For a long time, our couriers would actively go grab a gas vehicle if they could because they knew exactly what they were going to get. That is not the case anymore.” said Gordon Culver, senior operations manager at DHL. “A lot of them gravitate toward the new trucks that we have knowing that it is the best truck that we have, and it is going to drive the way they want it to, and they can have the nicest ride while they are out there working.”

While the electric transition for these vehicles will not be easy or happen overnight, vans provide the most compelling argument for immediate electrification. Companies that hesitate to electrify their van and step van fleets, or those who further invest in fossil fuel, risk stranded assets.

Some of these vehicle-manufacturer pairings are part of California Climate Investments, a statewide initiative that puts billions of cap-and-trade dollars to work reducing greenhouse gas emissions, strengthening the economy, and improving public health and the environment — particularly in disadvantaged communities.

About Run on Less – Electric by NACFE
Electric Trucks Have Arrived: The Use Case for Vans and Step Vans uses findings gathered from the real-world truck demonstration, Run on Less – Electric (RoL-E), conducted in September of 2021. Two fleet-OEM pairs in RoL-E operated step vans: Purolator with a Motiv EPIC, and Servall Electric with a Workhorse C1000. One pair operated a van: DHL with a Lightning eMotors Ford F350 Transit Van. The Motiv and Lightning eMotors vans that participated in RoL-E are in production and can be ordered from the manufacturers. Workhorse will be releasing new van models in 2023 and 2024.

Run on Less – Electric was the first NACFE demonstration to focus on electric vehicles. Thirteen fleet-OEM pairs in the US and Canada participated in the three-week-long event. If all US and Canadian medium- and heavy-duty trucks in the market segments — vans and step vans, medium-duty box trucks, terminal tractors and heavy-duty regional haul — studied in the Run became electric, we would avoid about 100 million metric tons of CO2 emissions. Visit runonless.com or follow us on Twitter @RunOnLess.

About the North American Council for Freight Efficiency
The North American Council for Freight Efficiency (NACFE) is a nonprofit organization dedicated to doubling the freight efficiency of North American goods movement. NACFE operates as a nonprofit in order to provide an independent, unbiased research organization for the transformation of the transportation industry. Data is critical, and NACFE is proving to help the industry with real-world information that fleets can use to take action. In 2014, NACFE collaborated with Carbon War Room, founded by Sir Richard Branson and now a part of RMI, to deliver tools and reports to improve trucking efficiency. Learn more at www.nacfe.org.Follow us on Twitter @NACFE_Freight.

About RMI
RMI is an independent nonprofit founded in 1982 that transforms global energy systems through market-driven solutions to align with a 1.5°C future and secure a clean, prosperous, zero-carbon future for all. We work in the world’s most critical geographies and engage businesses, policymakers, communities, and NGOs to identify and scale energy system interventions that will cut greenhouse gas emissions at least 50 percent by 2030. RMI has offices in Basalt and Boulder, Colorado; New York City; Oakland, California; Washington, D.C.; and Beijing. More information on RMI can be found at www.rmi.org or follow us on Twitter @RockyMtnInst.