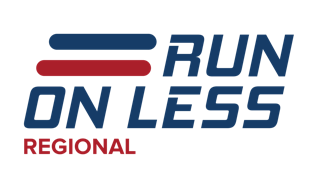 Announcing Fleets and Title Sponsor for Run on Less Regional!

The North American Council for Freight Efficiency is pleased to announce the 10 fleets that will be participating in Run on Less Regional, a freight efficiency roadshow showcasing trucks operating in a variety of regional haul applications.

The 10 fleets and the home bases from which the truck and driver will be operating are:

“With the growth of e-commerce, we are able to provide drivers with more opportunities to take on regional routes, which ultimately allows them to spend more time with their families,” said Craig Harper, executive vice president and chief operations officer at J.B. Hunt. “With this program, we can learn how to make these routes more efficient and beneficial for our drivers, J.B. Hunt, and the customers we support.”

“Regional operations mean drivers are likely to get home on a regular basis, which is important given the driver shortage,” said Mike Roeth, NACFE executive director. “In addition, regional operations are fertile ground for alternate fueled vehicles because it is easier for fueling infrastructure to be installed for vehicles that use an energy source other than diesel fuel.”

In making the announcement about the 10 fleets that have been selected to participate in Run on Less Regional Roeth, said, “We’re proud to announce these best-of-the-best fleets to demonstrate how efficiently they move the goods that we as consumers need and use. The routes these fleets will run represent a variety of operations but have one thing in common: they all operate within a 300 mile radius of their home base.”

“We are excited to be part of Run on Less Regional,” said Chris Trajkovski, vice president transportation, fleet maintenance & assets at C&S Wholesale Grocers. “We look forward to demonstrating how the best of the best operate in this competitive and growing part of the trucking industry.”

“Despite the shortened length of haul and operating in congested areas with more freight pickup and deliveries, fleets in regional operation strive to operate as efficiently as possible. Run on Less Regional will give us the opportunity to showcase the technologies and practices that allow us to deliver goods in a time sensitive manner and get our drivers home on a regular basis,” said Tanya Morrow, president, Ploger Transportation.

Run on Less Regional is a three-week event which kicks off on October 8, 2019 and culminates in a press event at the North American Commercial Vehicle show in Atlanta on October 27. Like its predecessor Run on Less 2017, Run on Less Regional will feature real time monitoring of a number of factors including miles traveled, fuel consumed, pickups and deliveries, elevation change, and vehicle speed among others.

“Run on Less Regional would not be possible without the help of businesses in the trucking industry, and we are pleased to announce Shell as the Title Sponsor for this event,” Roeth said.

“Shell consistently works to raise awareness about the energy challenge facing society. Whether supporting increased fuel efficiency or the adoption of alternative fuels, initiatives such as Run on Less Regional are a great way to showcase the advances in technology that help deliver fuel economy gains. We are proud to sponsor this event and wish all 10 regional fleets a safe, efficient run this October,” said Annie Peter, fleet sector marketing manager, Shell Lubricants.

In addition, PepsiCo, Geotab, EPA SmartWay, LinkeDrive, and the Department of Energy’s National Renewable Energy Laboratory and Oak Ridge National Laboratory have signed on as event sponsors. NACFE is in need of additional Event Sponsors for such items as the finale in Atlanta, various technology days, video storytelling during the Run, apparel, etc.  Contact Mike to get involved.

More details such as introduction of the drivers, their exact routes, freight to be hauled, as well as details surrounding the Run’s technology days will be announced in coming months.